How to Write a Million Books.

Preamble: As someone who has been trying to slog through the first chapter of the writing of a novel for the past 3 years, I am amazed and perplexed by people who can churn out books at a rapid clip. Ruth Rendell is one such author that astounds me. A British mystery writer, about whom the Richmond Times-Dispatch says: “To call Ruth Rendell prolific is akin to calling the Grand Canyon a slight dip in the landscape”, she has published more than 50 mystery and detective novels and more under a pseudonym. I have read every one of her books rand she keeps putting them out, and they continue to command respect and satisfy her legion of fans like myself, creating addictive reads with well defined and drawn characters and chilling scenarios.

I’ve never read James Patterson, but have seen his books on beach blankets and airplanes and I assume he started out like everyone else, with one book, that he struggled to get published. Apparently he has sold an estimated 15+ million copies of his books in 38 different languages. I’ve read books by Stephen King and John Grisham and even Danielle Steels, but apparently James Patterson outsells them all. Actually, it’s not even close. According to a Forbes article, in 2010, Patterson earned  his publisher, Little, Brown & Co., a division of the Hachette Book Group, a staggering $500 million over the previous two years. In addition to Patterson, the publisher is now home to such thriving commercial novelists as Michael Connelly and Stephenie Meyer, as well as consistent best sellers like Malcolm Gladwell and David Sedaris.

Patterson is exceedingly prolific, with the help of his stable of “co-authors”, he has published up to 13 books a year. Now let’s be clear. In addition to his two editors, to support his prodigious output, Patterson has three full-time Hachette employees (plus assistants) devoted exclusively to him: a so-called brand manager who shepherds Patterson’s adult books through the production process, a marketing director for his young-adult titles and a sales manager for all his books.  Still, James Patterson puts out more best sellers in any given year than many publishing houses and that is freaking impressive.

Now I will go back to putting the finishing touches on my chapter one.

James Patterson’s books account for one out of every 17 hardcover novels purchased in the United States. The wildly prolific author talks to Co.Create about how to tell a story that will hook people in.

They call it beach reading–the kind of ultra-accessible mass market paperback that nestles inside canvas bags all summer long. (And on airplanes year-round.) Considering how addictive James Patterson‘s books are known to be, and their inescapable popularity, the wildly prolific author is probably directly responsible for more sunburns than incidents of non-waterproof sunscreen.

James PattersonPatterson recently earned the distinction of being the best-selling author since 2001. Just to be clear, one of the author’s books wasn’t merely declared “the #1 bestseller,” a blurb that pops up on front covers regularly. Rather, James Patterson is the top selling author in the world for the last 14 years. An estimated one out of every 17 hardcover novels purchased in the United States is his, dwarfing the sales of both Harry Potter and the sparklyTwilight vampires.

The secret to this success isn’t Patterson’s uncommon productivity (he publishes at least three books a year, and as many as 13) or his range (spanning thrillers, nonfiction, children’s books, and beyond). It’s his colloquial storytelling style that grabs a hold of readers early on, instilling an insatiable need to know what happens next. While preparing to unleash a full slate of 2014 titles, the author recently spoke with Co.Create about how to write the kind of unputdownable books that cause shoulders and backs to get scorched by the sun.

I think what hooks people into my stories is the pace. I try to leave out the parts people skip. I used to live across the street from Alexander Haig, and if I told you a story that I went out to get the paper and Haig was laying in the driveway, and then I went on for 20 minutes describing the architecture on the street and the way the palm trees were, you’d feel like “Stop with the description–what’s going on with Haig?” I tend to write stories the way you’d tell them. I think it’d be tragic if everybody wrote that way. But that’s my style. I read books by a lot of great writers. I think I’m an okay writer, but a very good storyteller. MAKE IT AN EXPERIENCE

I try to put myself in every scene that I’m writing. I try to be there. I try to put the kind of detail in stories that will make people experience what the characters are experiencing, within reason.

I’m a big fan of these two novels Mrs. Bridge and Mr. Bridge by Evan S. Connell Jr. They’re both very eloquent, but they have short chapters. And then Jerzy Kosiński wrote a few books like The Painted Bird and Steps that have very short chapters and I just love that style. It’s a style I evolved to. It was actually on (his 1989 novel) Midnight Club. After I read the first 100 pages, I was planning to flesh them out more, but then I thought, “I kind of like this.” It’s that more colloquial style of storytelling where things really just move along. That became my style. 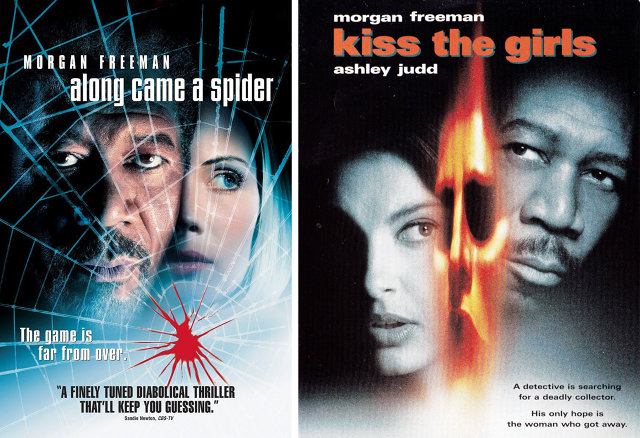 IT DOESN’T HAVE TO BE REALISTIC

I don’t do realism. Sometimes people will mention that something I’ve written doesn’t seem realistic and I always picture them looking at a Chagall and thinking the same thing. You can say, “I don’t like what you do, or I don’t like Chagall, or I don’t like Picasso” but saying that these things are not realistic is irrelevant.

OUTLINE LIKE YOUR BOOK DEPENDS ON IT (BECAUSE IT DOES)

I’m a fanatic about outlining. It’s gonna make whatever you’re writing better, you’ll have fewer false starts, and you’ll take a shorter amount of time. I write them over and over again. You read my outline and it’s like reading a book; you really get the story, even though it’s condensed. Each chapter will have about a paragraph devoted to it. But you’re gonna get the scene, and you’re gonna get the sense of what makes the scene work.

BE OPEN TO CHANGES DURING THE WRITING, THOUGH

I know what the overarching story is when I start outlining; then I just start putting down scenes and I don’t really know what the order’s going to be yet. The ending almost always changes in the writing, though. It’s because I learned to listen to the characters. I change things. One of the drafts I do, I’ll decide that okay, it went this way, but it doesn’t feel very interesting–what if this happened instead of that? And rarely do I know the ending. Occasionally, but mostly not.

WRITE WITH CONFIDENCE, EVEN IF YOU DON’T FEEL CONFIDENT YET

I have confidence that I’m going to be able to tell a good story, and that hasn’t always been the case. I remember, I won an Edgar Award when I was 26 for Best First Mystery, and even though I knew I won, on the night of, I was worried. I felt like there might have been a mistake. That’s the kind of lack of confidence you can have early on. You’re writing this thing and you hope people like it. You’re rewriting and rewriting and get lost in the sauce. Confidence is a big thing.

KNOW WHO YOU’RE WRITING FOR AND WHAT THEY WANT

People want to be glued to the page. They want suspense, and suspense to me is always about questions that you must have answered. I try to pretend that there’s somebody across from me and I’m telling them a story and I don’t want them to get up until I’m finished. John Grisham always plants a really powerful hook early, that question that makes you want to know what the hell is gonna happen to this guy or this woman. But part of it is, who are you talking to? What have you got for them? It’s useful that if you tell somebody in a paragraph what the story is and they go, “Ooh ooh, I can’t wait, tell me more,” as opposed to they were just kind of nodding politely. Well, then that just puts so much stress on the writing. That means that the style has to overcome the fact that you don’t have much of a story.